Growing This Movement – A Note From Our New ED

The Living Room Conversations management team is delighted to announce that starting February 1st, Justine Lee, the co-creator of Make America Dinner Again, became our full-time executive director!  It was wonderful having her on staff part-time these last six months. This year we aim to dramatically scale up our work and we can’t imagine anyone better to help lead this effort.

A special note from Justine:

Hello, everyone. I hope you have been staying safe, warm, and healthy. For those who celebrate lunar new year – happy new year!

I’m thrilled to be stepping into the role of Executive Director and to have this platform to share a little about my winding journey to this point, and what I’m most excited about when I look to the future.

In 2016, I was working as a marketing professional at a design firm, while also reporting stories at a local public radio station in San Francisco. I was revisiting my life-long interest in journalism, learning the ins and outs of radio production, and the care that is put into reporting on local issues.

About a month after my radio fellowship ended, Trump was elected as our new president, and I felt devastated, but also motivated. I wanted to better understand what I saw as “the other side.” I reached out to my friend Tria and asked if she wanted to help organize a dinner among four right leaners and four left leaners rooted in curiosity and respect.

We called it Make America Dinner Again. Four years later, what started as a passion project has turned into a movement and for me, a career path.

With MADA, I’ve helped to organize hundreds of cross-aisle dinners, start chapters in 11 cities, and recruit dozens of volunteers to bring dinners into their communities. I’ve formed friendships with conservatives, learned to value their experiences, while also deepening some of my own convictions. 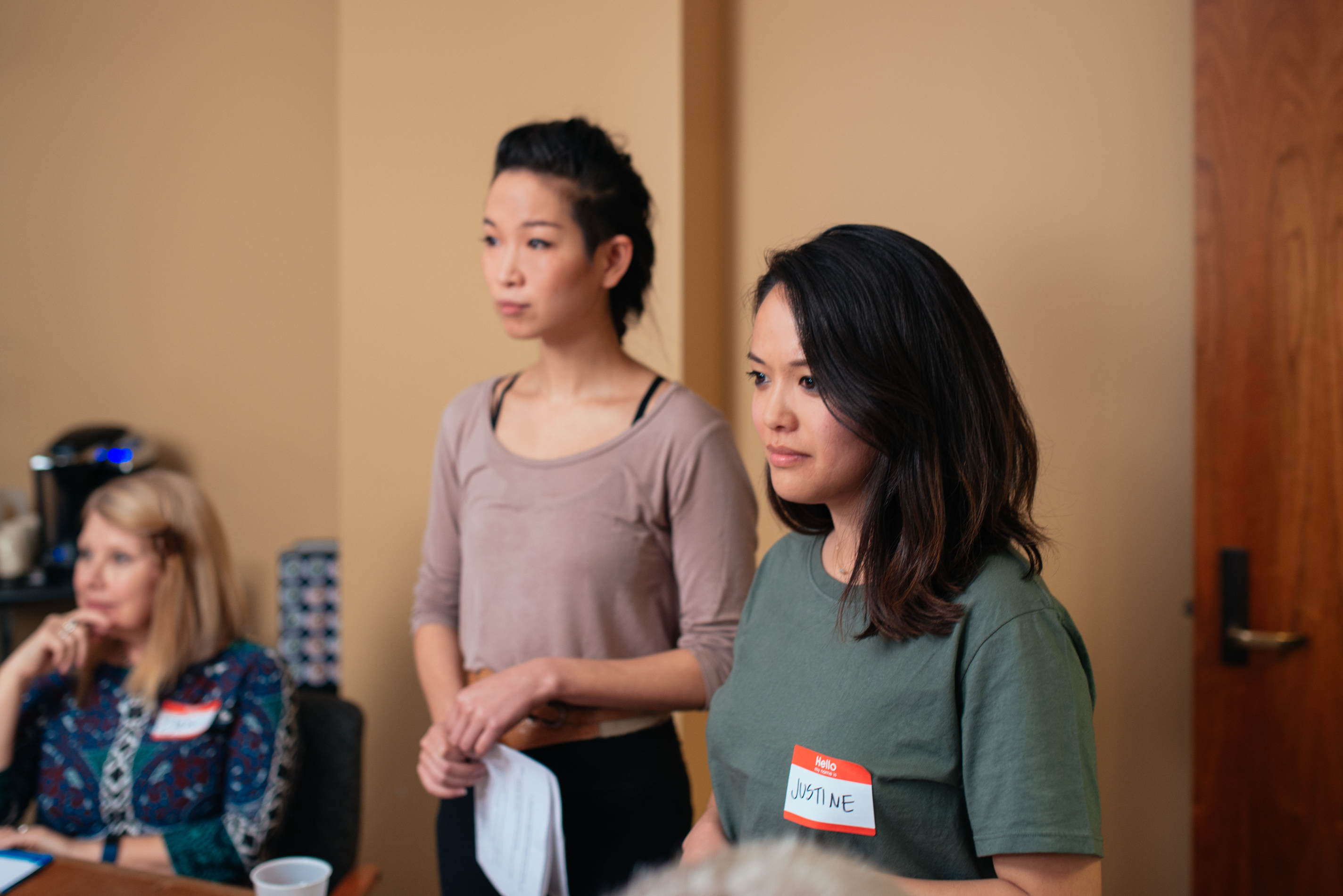 I started 2021 with a renewed commitment to bridging work – and am delighted to now be doing it with co-founder Joan Blades and the rest of the Living Room Conversations team.

This year, I’m looking forward to significantly growing this practice while expanding and diversifying who participates; I’d like to bring in more young people, a variety of conservative and moderate perspectives, and members of existing communities who are already meeting around their faith, profession, or shared interests or purpose.

I’m also committed to exploring how we reach hundreds of thousands and even millions of people this year, through our tech partnerships with AllSides and Junto.

To start, we recently piloted a weekend of conversations on American values across political differences and the results are hopeful: over 400 people participated, 92% of our participants felt heard, 60% appreciated differences more, and 93% said they would join a conversation like this again. We’re in the midst of planning another large-scale event, and will have more to share soon.

I believe we can create a world where listening and a desire to better understand each other is not a novel idea, but core to how we live.

I’d like to do that work with all of you.

Please feel free to reach out by replying to this email. I would love to hear your ideas, questions, concerns, and hopes for the new year.

Thanks for taking the time to read and being a part of the Living Room Conversations community.