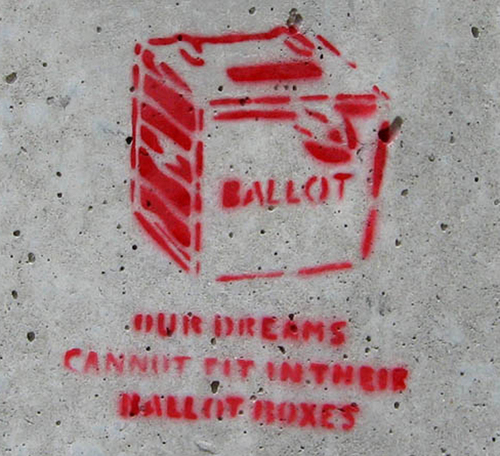 As the “second most conservative man in the world,” according to a Washington Post Magazine humor columnist, I much prefer reading, and get most of my news from, publications of the left. Like The Huffington Post, Mother Jones, Rolling Stone, The New Yorker, and The Atlantic Monthly.

I already know what I think. Variety is the spice of life.

Reading writings from members of my own Tribe doesn’t usually challenge my thinking. There are plenty of smart people on the left as well as on the right. I like to have my opinions challenged. Exposing myself to thoughtful counternarratives and counterarguments helps me gain a more complete perspective. It helps me compensate for my own blind spots.

Everyone has blind spots. I do. You do.

It is fascinating to discover what’s inside them.

For the same reason I relish being part of livingroomconversations.org constituted by the wonderful MoveOn co-founder Joan Blades to bring people of differing viewpoints together to hear one another and celebrate varied creeds. I try to listen not to identify the blind spots of others but to help myself confront my own.

I prefer encountering opposing perspectives of a spirited rather than vicious nature. (I make an exception for the vitriolic but brilliant Matt Taibbi from The Rolling Stone. His wit is so keen and his insults so over-the-top that he regularly offers a tour de force.)

That said, the opportunities to learn have grown fewer and harder since the left entered Tizzyworld with the election of Donald Trump. The declarations mostly have descended into tedious, apocalyptic, dogma.

The examples are ubiquitous but consider, as exemplary, The Rolling Stone’s recent Meet President Trump’s Cabinet of Horrors. This, of course, is hyperbole. Most unhelpful.

The ambience of apocalyptic declarations brings to my mind an admonition from the great classical liberal Saul Alinsky, whose Center I am honored to serve as president. Alinsky wrote in Rules for Radicals:

“I detest and fear dogma. I know that all revolutions must have ideologies to spur them on. That in the heat of conflict these ideologies tend to be smelted into rigid dogmas claiming exclusive possession of the truth, and the keys to paradise, is tragic. Dogma is the enemy of human freedom. Dogma must be watched for and apprehended at every turn and twist of the revolutionary movement. The human spirit glows from that small inner light of doubt whether we are right, while those who believe with complete certainty that they possess the right are dark inside and darken the world outside with cruelty, pain, and injustice. Those who enshrine the poor or Have-Nots are as guilty as other dogmatists and just as dangerous. To diminish the danger that ideology will deteriorate into dogma, and to protect the free, open, questing, and creative mind of man, as well as to allow for change, no ideology should be more specific than that of America’s founding fathers: ‘For the general welfare.’”

That said, tweets are trivial (except when amplified by the media). And while Hillary Clinton won the popularity contest America elected Donald Trump president. Continued efforts to delegitimize that status by attacks on his character and that of his appointees and on the integrity of the voting process only serve to paralyze the national conversation.

Spirited opposition to policies is legitimate. A “loyal opposition” is a vital part of the warp-and-woof of a republic.

Delegitimizing the electoral process and the man? Not so much.

Republican victories at the federal level are not, as generally portrayed by the left, an anomaly. As I have elsewhere written, in addition to the winning the presidency and keeping House and Senate majorities:

At the state level, there now will be 33 Republican state governors, the most since 1922. Republicans control “more than twice as many legislative chambers at 68 than Democrats, who hold 30, according to the National Conference of State Legislatures.” In other words, where actual elections are involved the left is getting itself creamed.

The voters’ demonstrated massive, across-the-board, preference for Republicans over Democrats. This might give those who extol democracy cause to ponder. It’s deeply unfair to scapegoat Hillary Clinton or blame it on the Russians.

If one extols democracy — something loudly declared by the left — how can one casually condemn the wholesale, across-the-board, verdict of the voters at every level of government? To do so is simply anti-democratic.

Could be a teachable moment.

I seek to and intend to continue to learn from the left. It’s more difficult for me — and others — to do so when the left’s insights, such as the importance of social justice, are wrapped in sugar-coated Satan sandwiches of invective (mercifully absent from Living Room Conversations).

Alinsky: “The human spirit glows from that small inner light of doubt whether we are right, while those who believe with complete certainty that they possess the right are dark inside and darken the world outside with cruelty, pain, and injustice.”

Let us not darken the world outside with cruelty, pain, and injustice. Let us let the human spirit glow from that small inner light of doubt. It’s a light best found by recognizing, and confronting, our own blind spots.

Walking With a Giant