Our asset forfeiture laws are a mess, and they’re letting cops confiscate property. Left and right ought to agree on this one.

by Joan Blades and Matt Kibbe. Reprinted from The Daily Beast. 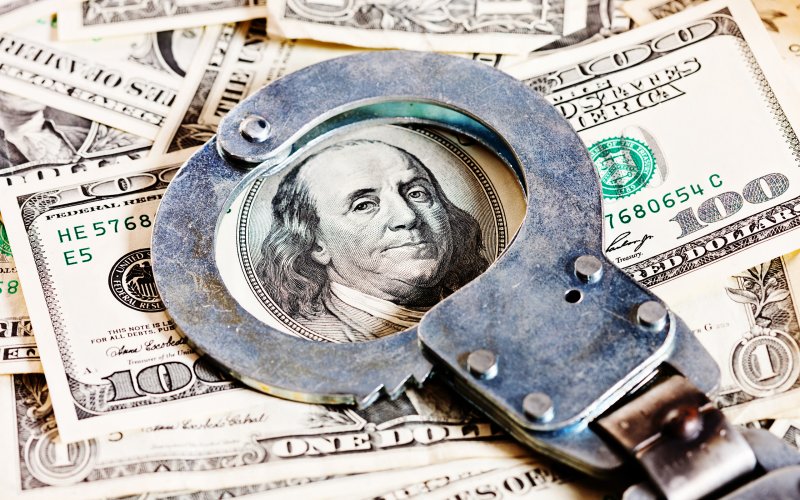 “Don’t even bother getting a lawyer. The money always stays here.”

That’s what the Tenaha Police Department told 27-year-old Arkansan James Morrow after they confiscated $3,900 from his car for “driving too close to the white line.” The police reported the “odor of burned marijuana,” though no drugs were found in the car. Morrow was carted off to jail, while the car was impounded.

Eventually Morrow was released with no money, vehicle, or phone. “I had to go to Wal-Mart and borrow someone’s phone to call my mama,” he told The New Yorker. “She had to take out a rental car to come pick me up.”

Law-enforcement agencies at all levels of government provide a valuable and often thankless public service in their communities. There are, however, systemic problems that must be addressed. Perhaps one of the most egregious examples is the abuse of civil asset forfeiture laws.

The Fifth Amendment makes it abundantly clear that “[n]o person shall… be deprived of life, liberty, or property, without due process of law.” But for far too long, some law-enforcement agencies have used the law for their own benefit, seizing property suspected of use in a crime often without ever charging or convicting the owner of any wrongdoing.

The burden of proof, unfortunately, falls on the owner, ostensibly rendering his or her property guilty until proven innocent in the eyes of the law, with little concern for the Fifth Amendment’s guarantee of due process. And since most people don’t have the financial means to fight a lengthy legal battle, the confiscated property often remains in the possession of the law-enforcement agencies that seized it.

What was originally intended to be an effort to combat organized crime has sadly morphed into an unconstitutional cash cow for local law enforcement and the federal government.

The New York Times recently reported that there are seminars that law-enforcement officers can attend that provide “useful tips on seizing property from suspected criminals.” A video shown in one seminar quotes the city attorney of Las Cruces, New Mexico, who called items that could be seized “little goodies.”

“A guy drives up in a 2008 Mercedes, brand new,” Harry S. Connelly Jr. says in the video, according to the Times. “Just so beautiful, I mean, the cops were undercover and they were just like ‘Ahhhh.’ And he gets out and he’s just reeking of alcohol. And it’s like, ‘Oh, my goodness, we can hardly wait.’

While law-enforcement agencies may have their wish lists of “little goodies” they covet, essentially “policing for profit,” civil asset forfeiture has serious ramifications for those whose property is taken from them.

As the co-founder of MoveOn.org and president and CEO of FreedomWorks, we don’t agree on many things, but this issue is one that should move progressives, conservatives, libertarians, and frankly any citizen who is offended by abuse of power to take action. Thanks to Sen. Rand Paul (R-KY), there is an opportunity before us to put our ideological differences aside to stop this blatant abuse of police power that erodes our civil liberties and our trust in police.

Earlier this year, Paul started a national conversation about civil asset forfeiture when he introduced the Fifth Amendment Restoration Act, or FAIR Act. This proposal would require federal law enforcement agencies to present “clear and convincing evidence” connecting seized property to a crime.

Though many states have reformed their civil asset forfeiture laws, some state and local law enforcement agencies still use federal statutes to seize property. The FAIR Act puts a stop to this loophole by requiring these agencies to abide by laws of the states in which they’re based.

While some may attempt to spin efforts to reform civil asset forfeiture laws as a “soft on crime” position, law-enforcement agencies don’t exist for the purpose of enriching themselves by taking property of the very people they are charged with serving.

When our elected representatives assume their respective offices, they take an oath to “protect and defend the Constitution.” This isn’t some feel-good suggestion; it’s an obligation, one that has been ignored by too many on Capitol Hill for far too long.

Lawmakers from both sides of the aisle must show the American people that their civil liberties matter, and they can send a crystal clear, bipartisan message by ending this pernicious practice of law-enforcement agencies through the restoration the Fifth Amendment’s guarantee of due process.

Joan Blades is a co-founder of MoveOn.org and LivingRoomConversations.org

Matt Kibbe is the president of FreedomWorks for America and author of the New York Times bestseller, Don’t Hurt People and Don’t Take Their Stuff. Follow Matt on Twitter @MKibbe

The really big issue is not free speech, It’s survival of the planet and its people.

Paradox: Our Weakness Is Our Strength