On his way out, holder goes big on asset forfeiture

The outgoing AG makes a huge play to reform our scandalous asset forfeiture laws. But even so, it’s just a start. Congress needs to act.

by Joan Blades and Matt Kibbe. Reprinted from The Daily Beast. 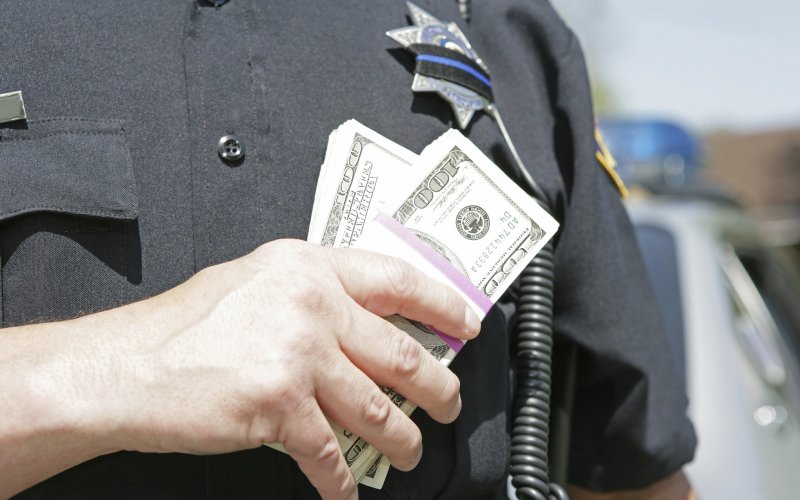 Most Americans now agree that the war on drugs is a failure. Illegal drug use has not decreased, prisons are overcrowded by non-violent drug offenders, and our precious civil liberties have been trampled.

Overzealous lawmakers eager to pander to constituents with a “tough on crime” image have empowered and incentivized federal, state, and local law enforcement officials to wage this decades-long war with various legal tools that undermine constitutional protections of due process and private property rights.

This long train of abuse, however, may finally be hitting a brick wall.

On Friday, at the direction of Attorney General Eric Holder, the Justice Department announced that it was placing long overdue restrictions on its “Equitable Sharing” program, which has incentivized state and local law enforcement agencies to seize money and property from individuals who are suspected of—though often never charged with, let alone convicted of—a crime.

We are pleased to see that Holder has taken an important first step forward toward reining in the egregious abuse of federal civil asset forfeiture laws, as well as beginning the restoration of these constitutionally guaranteed civil liberties.

The Equitable Sharing program has been extraordinarily problematic. Federal agencies would adopt the items confiscated by state and local agencies and return as much as 80 percent of the proceeds back to them. State and local agencies would, in turn, keep what seized property they received back for themselves or would use them as a cash cow to fund their operations. TheWashington Post points out that “[s]ince 2008, thousands of local and state police agencies have made more than 55,000 seizures of cash and property worth $3 billion under” this program.

Though the order is not a cure-all by any stretch of the imagination, we are supportive of the action Holder has taken in one of his last acts in office. The move represents one of the most significant checks on law enforcement overreach since the war on drugs began in the early 1970s.

“[S]tate and local law enforcement can still partner with federal agents through joint task forces for forfeitures not permitted under state law, and state and local law enforcement can use such task forces to claim forfeiture proceeds they would not be entitled to under state law,” the libertarian public interest law firm explains.

Writing at Reason, Jacob Sullum emphasized how big the loophole is, pointing out that “something like 86 percent of the loot that state and local law enforcement agencies receive through federal forfeitures will be unaffected by Holder’s new policy.”

Interestingly, the Justice Department’s announcement came on the heels of a letter written by a bipartisan group of lawmakers—Reps. Jim Sensenbrenner (R-WI) and John Conyers (D-MI) and Sens. Chuck Grassley (R-IA) and Mike Lee (R-UT)—urging Holder to end the Equitable Sharing program, as well as to “implement additional procedural safeguards to make sure the property of innocent Americans is not being swept up in overzealous asset forfeiture.”

The importance of this correspondence cannot be understated, as Grassley recently took the gavel of the Senate Judiciary Committee and Conyers and Sensenbrenner previously chaired the House Judiciary Committee. The letter only highlights the growing movement for criminal justice reform on Capitol Hill.

Though pundits often opine about divisiveness in Washington, there is a growing consensus on the Hill that the United States’ criminal justice system is in dire need of reform. Congress should treat the action taken by Holder as a good start.

With lawmakers from both parties increasingly in agreement on the need to protect Americans from the often unjustified predatory practices used by state and local law enforcement agencies under current federal civil asset forfeiture laws, Congress should move swiftly with unambiguous legislation to address the glaring loophole left open by the Justice Department’s action.

Joan Blades is a co-founder of MoveOn.org and LivingRoomConversations.org

Matt Kibbe is the president of FreedomWorks and author of the New York Times bestseller, Don’t Hurt People and Don’t Take Their Stuff. Follow Matt on Twitter @MKibbe